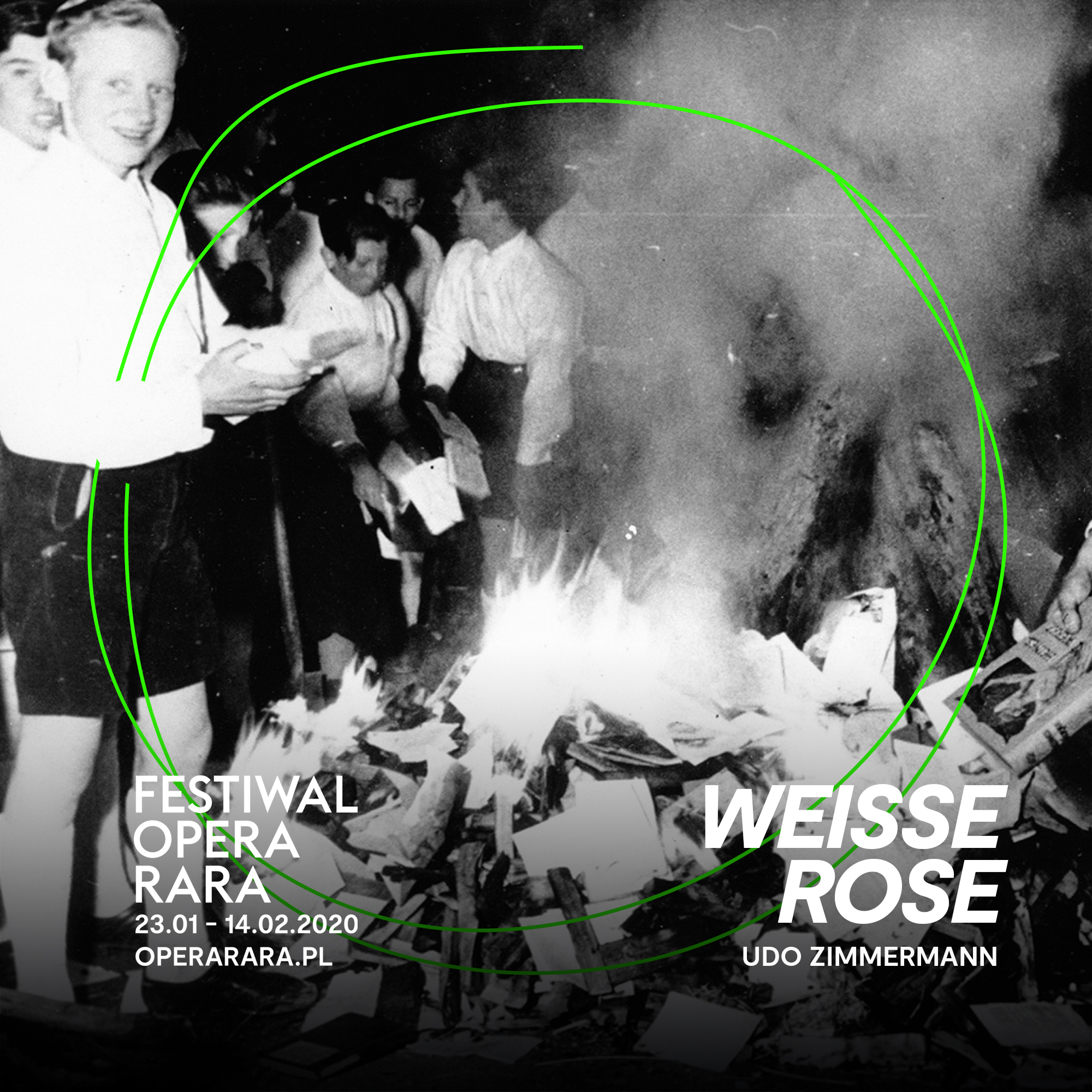 In recent years, we have encountered thousands of headlines along the lines of “the surge in populist sentiment" in Europe and around the world. We have read and heard about how governments in many countries are becoming more and more authoritarian, how minorities are being deprived of their rights, usually without anybody noticing, with freedoms being eroded step by step. The language is not keeping up with the changing world. Things that we were certain about come crashing down, while the meaning of some words is becoming disturbingly blurred.

We no longer know where the boundaries of what we call fascism, Nazism, xenophobia, chauvinism or nationalism actually are. What is this patriotism that the greatest authoritarians hide behind so willingly? Its true sense is recalled by the actions of the members of Weisse Rose – the White Rose – young patriots who wanted to see Germany becoming free and peaceful, famous for its great culture and heritage.

Many people know this story from Marc Rothemund’s 2005 film Sophie Scholl, and now we will recall this story once again thanks to the Opera Rara Festival. The protagonists were called traitors by those who built a death machine at a scale unprecedented in history, unleashed the most heinous of wars, leading to the ruin not only of the countries they turned against, but also of their own Germany. People, who in the name of racial purity murdered a large part of their country’s citizens, ordered their countrymen to go and die in a pointless fight and preferred to see the greatest cities and monuments of German culture turn into rubble, rather than surrender. All these impressive merits to their homeland could be boasted by those “patriots” who zealously sentenced the students, who quoted Goethe, Schiller and Novalis in their leaflets, to death by beheading, while calling them the worst of names.

“Why do you allow those in power to deprive you, step by step, openly and secretly, of your rights? One day the day will come when there is nothing left, but a mechanised apparatus of state, headed by criminals and drunkards? Has the violence already crushed your spirit so hard that you forgot about your right, or rather your moral duty, to bring this system down?” – these were the questions asked by members of the White Rose in one of their leaflets. It was in Munich in 1942. A year later, this system that they exposed took their lives. “The mechanized state apparatus” worked, as they predicted, efficiently and ruthlessly. The words in the leaflet, addressed to the residents of Nazi Germany, resonate equally strongly at all times, regardless of the place. They call upon us to be vigilant in the face of the authorities that put themselves above the rights and freedoms of citizens.

Udo Zimmermann approached the musical adaptation of the story of the White Rose three times. In 1967, he wrote Weisse Rose, an opera to a libretto by Ingo Zimmermann; he developed another version of the piece the following year. The planned production at the Hamburg Opera in 1986 was to include further adaptations, but instead he decided to write a new work on the same subject, this time to the libretto by Wolfgang Willaschk. The result was a completely different work, devoid of plot and focused on the inner experiences of the two protagonists: the Scholl siblings just before their death. The stage version presented in Krakow premiered at the Theater Orchester Biel Solothurn, and its author – Anna Drescher – received the 2015 European Opera-directing Prize and the Best Opera Award at the Armel Opera Festival. The work will be presented by Sinfonie Orchester Biel Solothurn, led by Kaspar Zehnder.