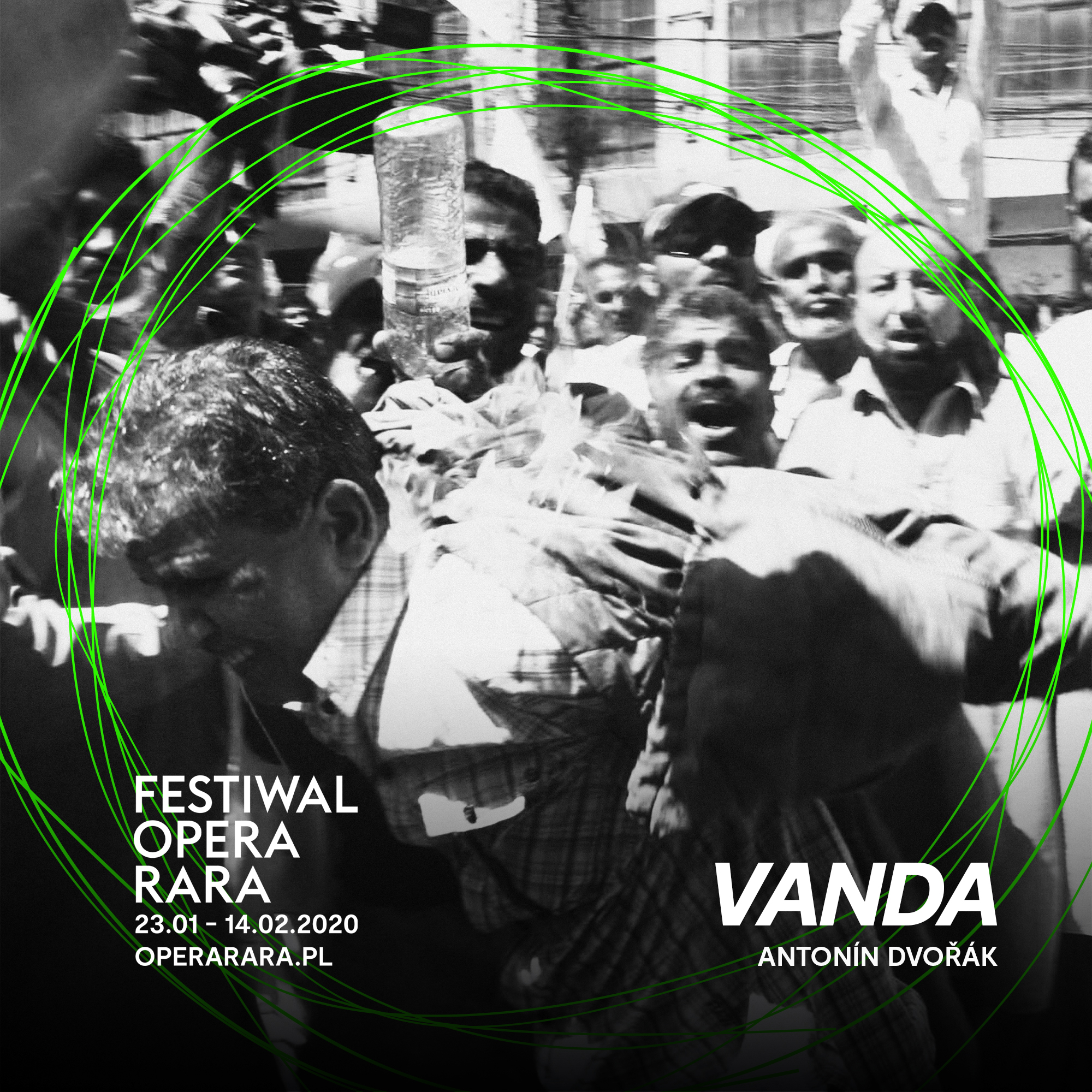 Apart from Rossini’s Sigismondo, the Opera Rara Festival will feature yet another interesting Polonicum. I don’t suppose there is a single child in the Polish school system who did not hear the legend about Wanda, who did not want to marry a German. At the same time, people are rarely aware how many works – not only Polish ones – were inspired by this story. The long list includes Antonín Dvořáks opera Vanda, whose librettists decided to use the old legend as a starting point for their story.

The figure of the fearless, beautiful and wise ancient ruler of Poland, daughter of Prince Krakus, was depicted for the first time in the Polish Chronicle by Wincenty Kadłubek, who wrote: “She surpassed everyone so far in both beauty and charm, that you would think that nature was not generous but profligate with its gifts and blessings. For even the most prudent and the wisest were astonished with her advice, and the cruellest of the enemies became gentle at her sight.” However, it was the subsequent authors who created a canonical version of her biography, focused around her suicide. After she rejected the German prince’s advances, won the war he had declared and finally received fealty and homage from the defeated Germans, Wanda returned to Krakow to offer herself as a sacrifice to the gods in gratitude for her glorious victory. Her body was consumed by the waves of the Vistula. This is how the story is described in Wielkopolska Chronicle and by Jan Długosz in his Annals, who embellished the legend with many colourful details.

In the opera, the causes of conflict are completely different than those described by chroniclers. Christian authors writing in Latin presented Wanda as an indomitable virgin queen, who swore never to marry and therefore consistently rejected all proposals: “it is more fitting for me to call myself a lady than a lordly wife” (Jan Długosz). Dvořák’s librettists present the story from a completely new perspective. In their version, Wanda never swore to keep herself pure. Her decisions stem from a religious conflict, for she is a faithful follower of the Slavic gods, and being the wife of a German ruler would be tantamount to accepting Christianity, and both her and her people were hardly in favour of the new faith. This approach to the subject is not surprising – the opera was written at a time when pan-Slavic ideas had been circulating in the Czech Republic for a long time, competitive neo-Slavicism would emerge shortly afterwards, and Slavicism began to enjoy great popularity in the wake of general anti-Germanic and patriotic sentiments.

The opera speaks of very painful matters, which still remain current in many corners of the world. Religious wars, religious persecution, conversion by force – all this is always marked by terrible cruelty, furious blindness and crazy fanaticism. Even though this has been happening for thousands of years, the question remains unanswered as to why religion, which should direct our minds towards the spiritual world, eternity and transcendence, is able to awaken our primordial instincts and build the most durable walls between people.

From a contemporary perspective, the message of some of themes presented in Vanda seems very questionable. Sure, we might have a protagonist of flesh and bone, a true woman of action, but the question remains about the sense of her sacrifice, which pretty much questions her military success. In the chronicles, her suicide was a thanksgiving for the victory – something that seemed controversial to Długosz – while in the opera, it is the result of a transaction: Wanda promises her life to the gods before the battle in exchange for victory. This removes the theme of her agency, instead we go back to the motif known from many 19th-century operas, prevalent in particular in Wagner’s works, where the corpse of a self-sacrificing woman was the most effective guarantee of restoring order in the world. This time, it will be the director Karolina Sofulak, winner of the European Opera Directing Competition, who will decide on its stage interpretation. She is already well-known in Poland for producing Gounod’s famous Faust at the Grand Theatre in Poznań; however, she works mainly abroad, among others at the Royal Opera House, English National Opera, Opera Holland Park and Opéra National de Bordeaux. The difficult late-Romantic score will be tackled by Sinfonietta Cracovia led by Jurek Dybał.