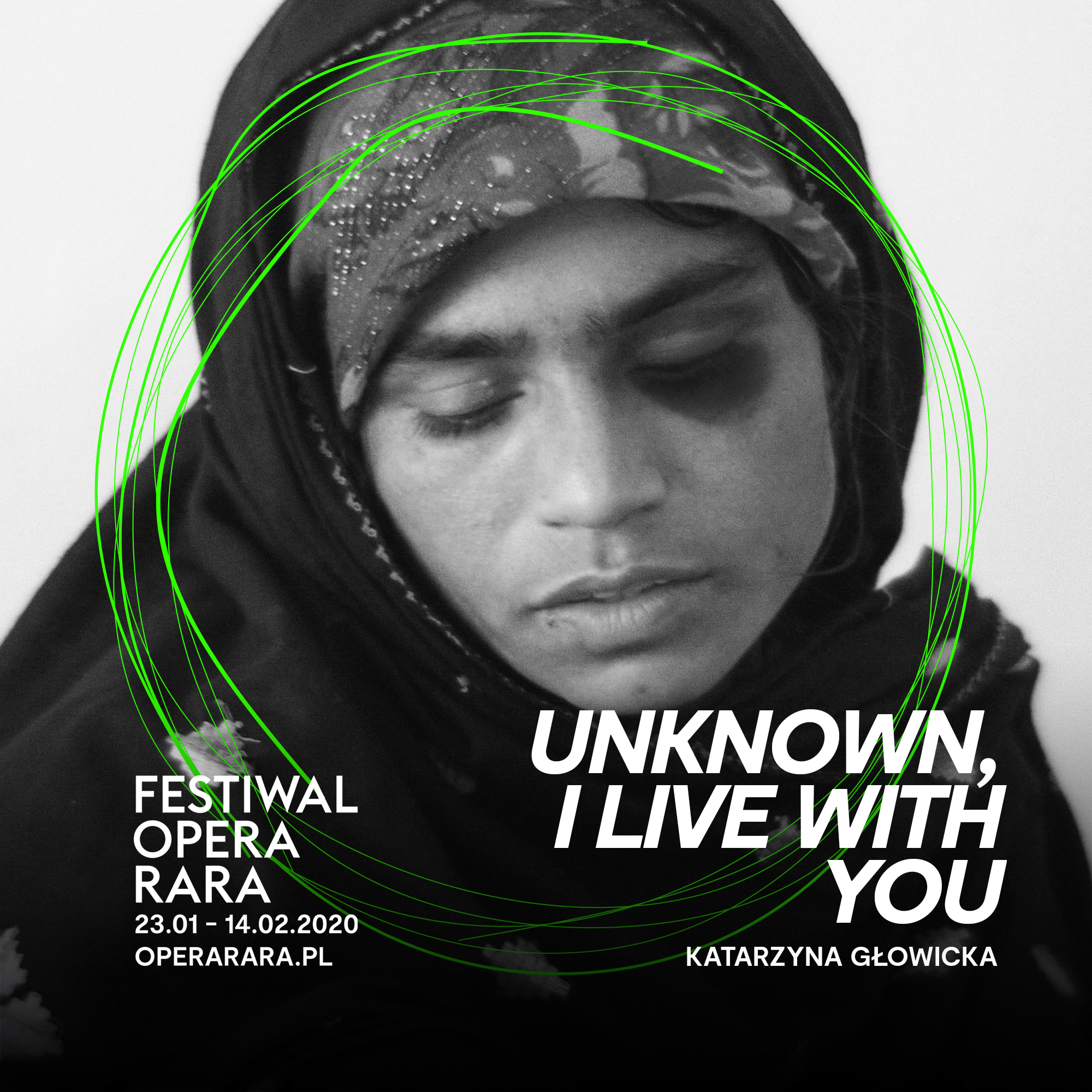 According to its authors, Unknown, I Live With You is an opera-installation, which was inspired by verses by poets participating in the Afghan Women’s Writing Project. The poetry by Roya, Meena Z., Fattemah AH and Freshta – often raw and harsh – conveys the universal truth about the lives of women yearning for freedom in an extremely patriarchal society, and as such, it was used as a foundation for the libretto of this opera.

For many women, their participation in the Afghan Women’s Writing Project was a true breakthrough. As Roya recalls: I took up my pen to write and at first I was afraid: what to write? about what? But this was a project to write about everything, and I took the pen; I didn’t write from outside of my heart, I began to write about whatever was in my heart… The writing project gave me a voice, the project gave me courage to appear as a woman, to tell about my life, to share my pains and experiences.  I wonder how big the change in my destiny is because of your work and this project. Who would trust an online class, a writing project, to change a destiny and a faith? AWWP gave me the power to feel I am not only a woman; it gave me a title, an Afghan woman “writer.” … I took the pen and I wrote and everything changed. I learned if I stand, everyone will stand, other women in my country will stand.”

AWWP is a project initiated by an American journalist, Masha Hamilton. She came to Afghanistan following the leads of a story of a woman murdered by the Taliban for killing her husband. Trying to find out more about the case, she started reading articles, reports and books. She quickly realised that this did not bring her closer to truth, because women’s voices were always mediated – constrained and distorted by husbands, fathers, brothers, relatives and biased media.

Hamilton went there to talk to the Afghan women in person. This experience and the resurgence of the Taliban prompted her to set up a project that would encourage women to express themselves through writing and telling her own stories. Many of them had to take part in it secretly. The journalist wanted to support the Afghan women, convinced that telling one’s story is a human right. “Though it sounds simple, I cannot say how important I think this is in a country where women have been told their stories do not matter, and urged to be silent, and warned against honesty.”

Hamilton’s account shows that while writing essays and poems about their experiences, the Afghan women were empowered, they gained strength, courage and self-confidence. They started changing their surroundings. The project helped them gain computer literacy and critical thinking skills, along with the ability to use the language consciously, which bolstered their professional competencies. Sometimes, when applying for a job or a school, they attached works written as part of the AWWP under the supervision of professional editors. Some have become lawyers, journalists and even parliament members. Their voices proved to be important, if only because they often have a moderating influence. They do not start new conflicts, instead they are able to build bridges. That is why it is so important that these voices are heard and that they become part of the general debate.

The opera installation, which gives them a stage, composed for three singers, a string quartet, electronics and dancers, with performance directed by Spanish conductor Pedro Beriso, is a joint work of director and playwright Krystian Lada and composer Katarzyna Głowicka.