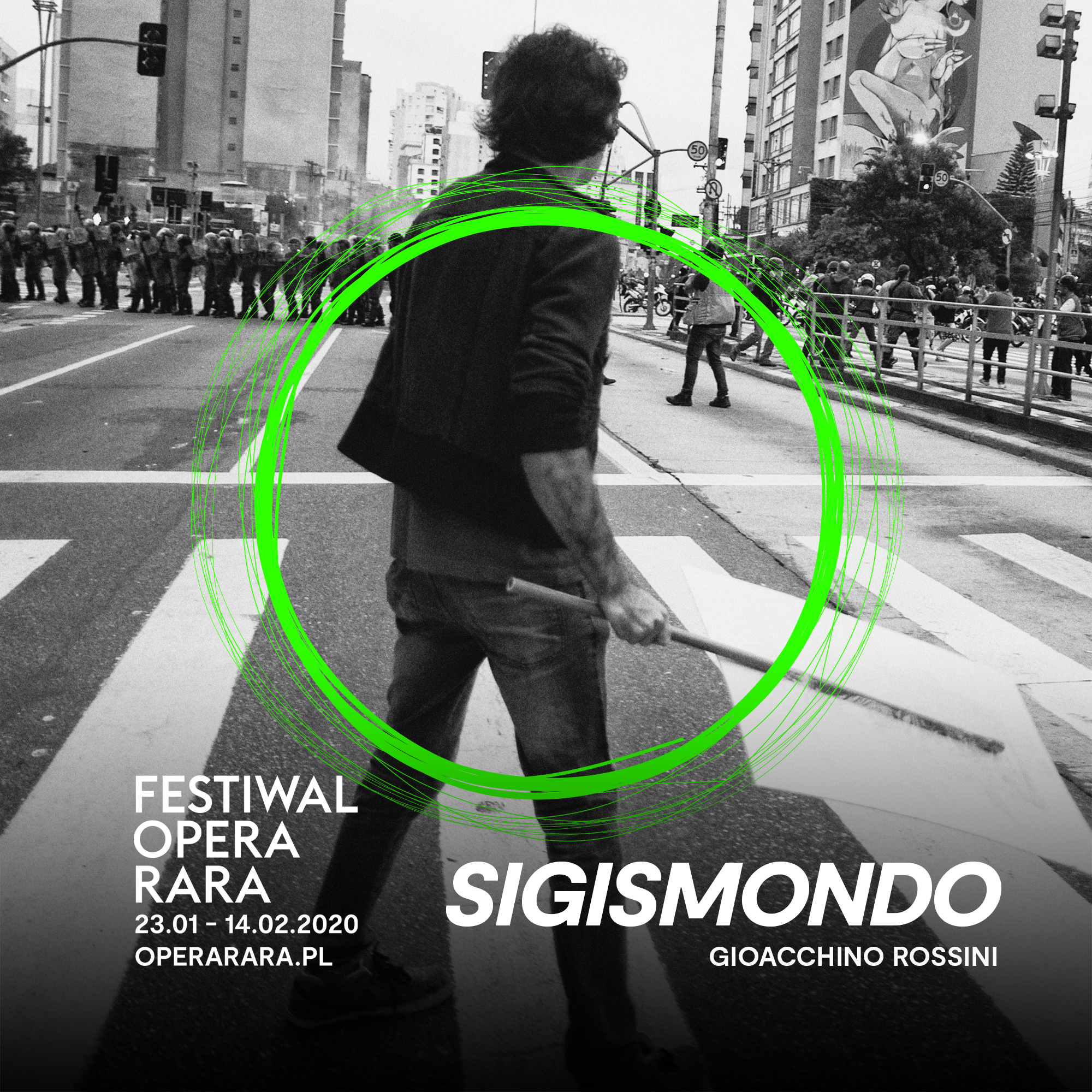 Sigismondo, Gioacchino Rossini's only opera set in Poland, offers us an always up-to-date diagnosis of politics, as well as its most dangerous force – the egos and narcissism of those in power, whose actions are not guided by the public interest and good of the general public, but the willingness to pursue their own, often completely low goals.

Sometimes a trivial thing is enough for them to ruin the country they are supposed to rule. They divide people, building walls of hostility between them. They destroy their enemies with libel and slander, disregarding the fact that their private vendetta brings doom to whole nations. Interestingly enough, these methods have hardly changed throughout history. These days, we even coined new names for them: “post-truth” was named the 2016 word of the year by the editors of the Oxford Dictionary, “fake news” won a similar distinction a year later, awarded by the creators of Collins English Dictionary. This can bring no good to the general public. All of these truths were embedded by librettist Giuseppe Maria Foppa in his story of the gullible and jealous King Sigismondo, his unscrupulous minister Ladislao, the vengeful King Ulderico of Hungary, the honest Zenovito and Queen Aldimira, the victim of this world of male conflict.

Librettos of Italian operas of the early 19th century do not enjoy a particularly good reputation. Complexity, improbability, conventionality, one-dimensional nature – these sins weigh irrevocably on these old works. Some theatre artists even keep far away from them, believing that apart from their dubious sensationalism and ostentatious melodramatism they have nothing else to offer. The list of accusations often includes a rather liberal approach to history. This happened because after mythological gods and heroes definitely went out of fashion, the focus turned towards authentic heroes and stories referring to “history.” In many cases, you can guess the identity of the protagonists only by their names, because their fates presented by the operas of that time have little to do with their actual lives. One of the most favourite figures of that era was the Queen Elizabeth I of England – Rossini’s and Donizetti’s operas presented numerous fantastic adventures and misfortunes of hers, which were completely unknown even to her biographers.

Foppa went even further. The name of the eponymous protagonist – “Sigismondo” simply means Sigismund in Italian, and the libretto suggests that the opera is about a Polish king. From history lessons, some will probably remember that we had three rulers by that name: First, Sigismund the Old, then Sigismund II Augustus, followed by Sigismund III Vasa. However, after a cursory reading it turns out that Foppa’s romantic libretto does… not cover any of them. Instead, he created a previously unknown king Sigismund of Piast dynasty, who ruled in the country, which had its capital in Gniezno. The idea itself can be simply something to laugh about – just like the Czech coast, to which a ship arrives in Shakespeare’s The Winter’s Tale. But… Why do we demand that the contemporaneous authors of an old opera or theatre play stick to facts? Why should they be more diligent than authors who create whole alternative worlds in the imaginary past, or scriptwriters of costume TV series, who often approach history in a similarly liberal manner?

When we stop mocking the alleged naivete of the librettists of old, we may discover a certain depth – not alike Shakespeare’s works, but the story is presented in a skilful manner, and the authors show us history as a game, the outcome of which often depends on individual ambitions, passions and resentments. Rossini’s opera has a moral derived from the tradition of the Enlightenment, which was already outdated at that time. Its optimism would soon disappear from the world of the Italian opera seria, but Sigismondo still offers us a finale with inspirational belief that it is possible to link what seemed to be definitively broken, and that the walls that grew between the characters can be broken down to dust.

The opera, which premiered in 1814 in Venice, will be shown in Poland for the first time. It is directed by Krystian Lada – winner of the prestigious MORTIER Next Generation Award, granted once every two years to a young artist who has already proven their great, promising talent talent at the outset of their career. Capella Cracoviensis will be led by Jan Tomasz Adamus, and the cast will feature a number of excellent performers, led by Argentinian counter-tenor Franco Fagioli.