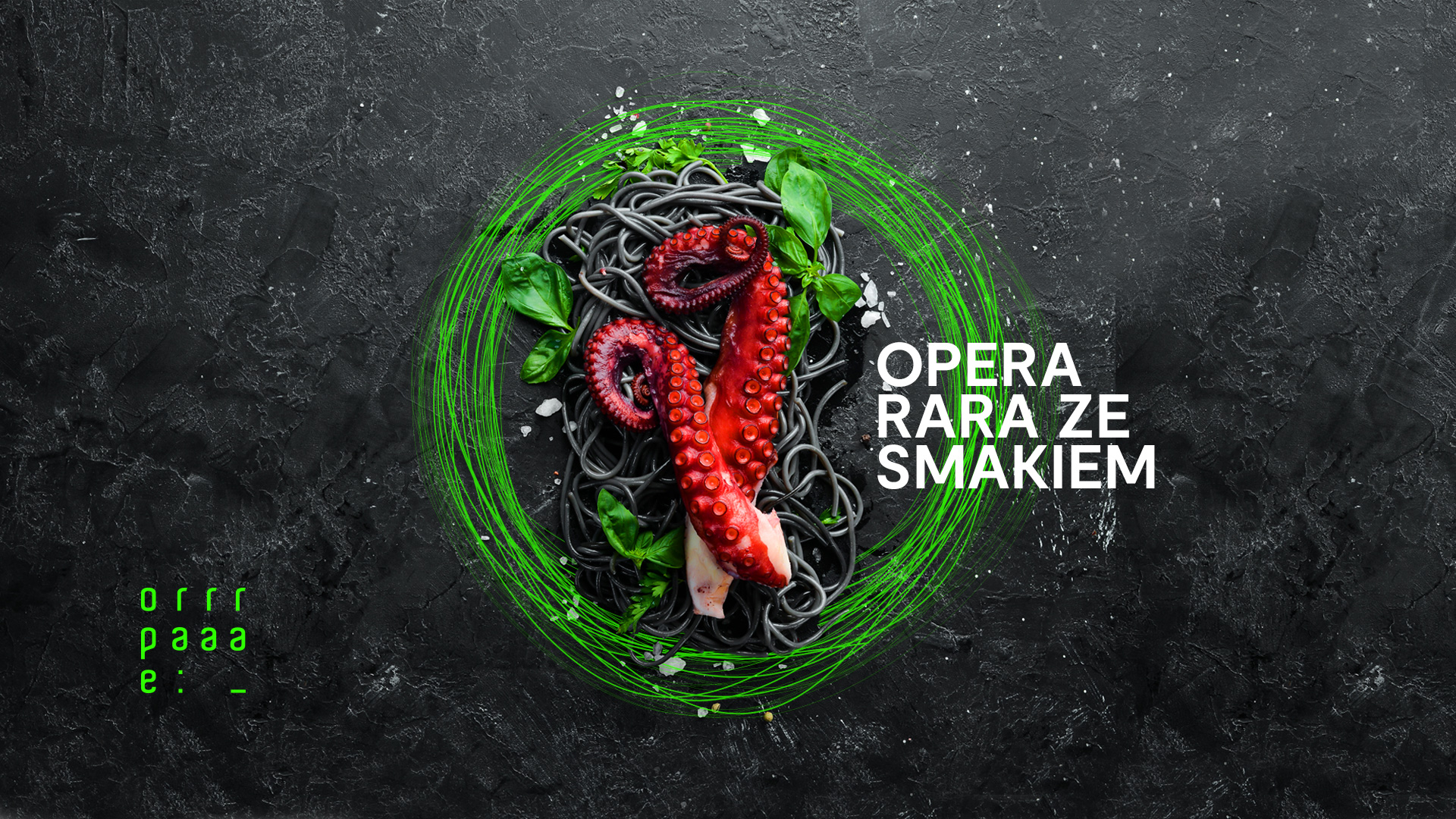 Flavour-Filled Opera Rara is a project accompanying the Opera Rara Festival, which invites the audience to the table, partially as a way to complement the experience of the concert and make it fuller, thanks to the sense of taste. The previous editions of the festival offered a number of opportunities to sit at the table. During the meetings in Krakow’s restaurants, the invited guests explored the links between culinary and fine arts, treating the performance watched that evening as a starting point for discussions and debates. Renowned guests, such as Tessa Capponi-Borawska, Agnieszka Drotkiewicz, Łukasz Modelski, Marek Bieńczyk, Robert Makłowicz and Wojciech Nowicki convinced the attendees that cuisine can perfectly complement the artistic experiences.

Also this year, the concerts of the Opera Rara Festival will be followed by dinners and debates about the works themselves, their authors, inspirations and the times in which they were created, as well as the cuisine of the bygone era. As the project coordinator Bartek Kieżun points out – “Flavour-Filled Opera Rara is a unique meeting of high culture aficionados with the best restaurateurs in Krakow – a clash of connoisseurs of the tasty and the beautiful.”

Following the performance of Sigismondo, join us on Thursday, 23 January at 9:30 p.m. for a meeting with Robert Makłowicz, which is slated to take place at the Albertina Restaurant (Dominikańska 3).

The libretto of the opera does not reveal the name of the Polish ruler that its authors had in mind. Perhaps it was Sigismund I the Old? Or maybe Sigismund II Augustus? There is a chance that it was Sigismund III Vasa; however, the reign of these three rulers covers nearly 150 years of Polish history in one of its most interesting periods. We will ask Robert Makłowicz about what exactly was going on with the cuisine back in the day. Together, we will discover whether Queen Bona actually brought soup greens to Poland, how a Polish ruler from the Swedish dynasty enriched the Polish table and how people used to toast back in the day.

On Tuesday, 4 February you can join us at the Karakter Restaurant (Brzozowa 17) for a meeting with Adrianna Stawska-Ostaszewska and Magdalena Kasprzyk-Chevriaux, following the performance of Enoch Arden.

Enoch Arden is a classic poem of the Victorian era, the plot of which reverses Homer’s Odyssey. We will take advantage of this enormous time span and talk about the most delicious bites in the history of the culinary arts. We are going to explore the process that made cooking the first thing that distinguished us from other beings, learn who ate the capon and who had to do with mussels, and why the great Velázquez focused on an old woman frying eggs.

On Monday, 10 February at 9:30 p.m., following Il ballo delle Ingrate, you can come for a meeting with Tadeusz Pióro, which is planned to take place at L Concept 13: Bar & Restaurant 13 (Main Market Square 13).

Monteverdi’s Il ballo delle Ingrate is a truly unique piece, composed for the wedding of the son of Prince Vincenzo Gonzaga, in the style of French ballets de cour. Since the Italian court at the turn of the Baroque and Renaissance is an interesting subject – not only from the standpoint of the cuisine – we will try to discover what such a weeding could have looked like, who cooked and what dishes were served. Have Italians always believed that less is more in the kitchen and that three products are enough to prepare a culinary poem?

All meetings will be hosted by Agnieszka Łopatowska – journalist specialising in literature and travel. Lifestyle Sector Director at the Interia Group.

The festival is organised by the City of Krakow, the Krakow Festival Office and Capella Cracoviensis, with the support of the Juliusz Słowacki Theatre.