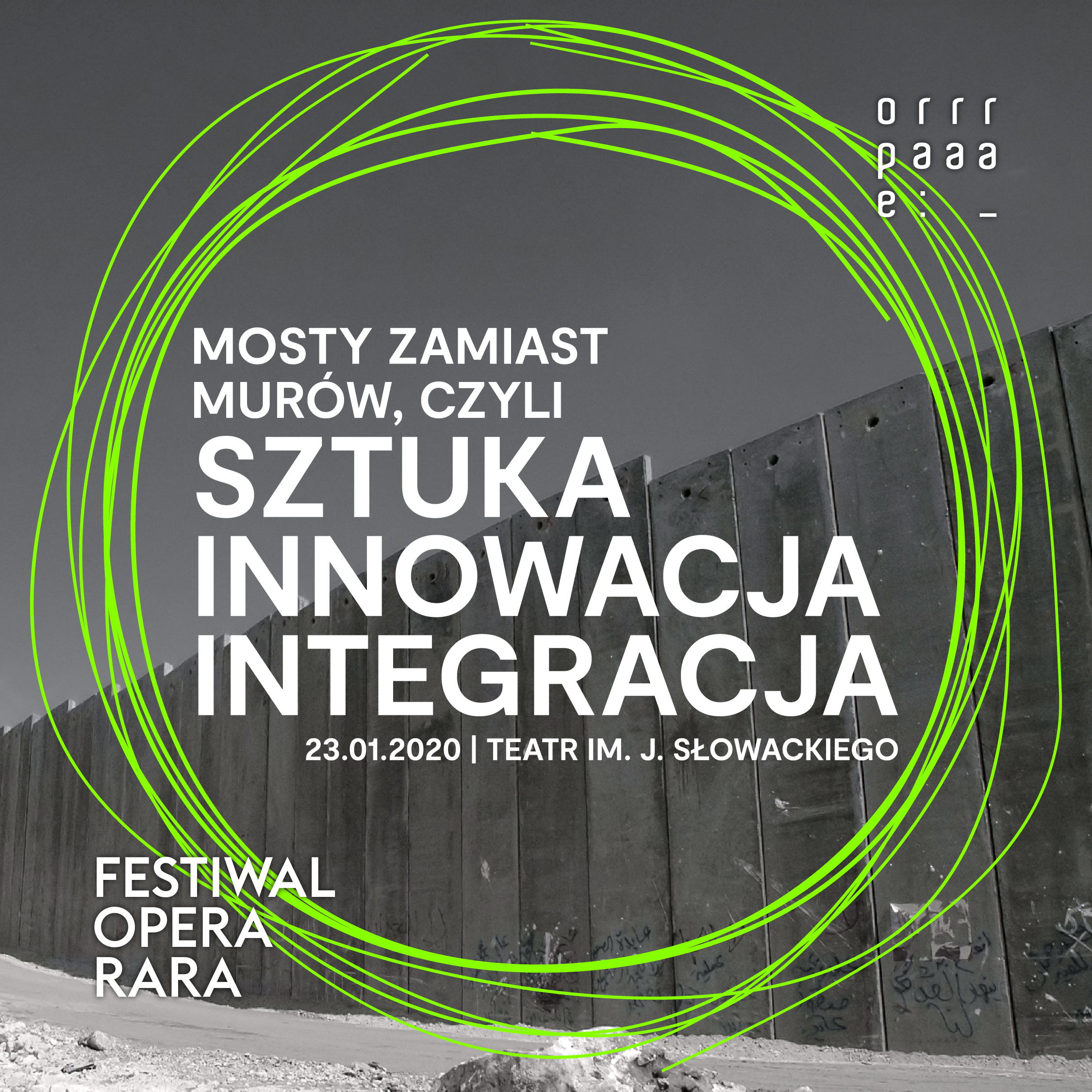 Can opera be a modern social glue, an effective tool for education and integration, or even a cure for xenophobia?

Join us for the meeting kicking off the 2020 Opera Rara Festival, which will be attended by Robert Piaskowski (Representative of the Mayor of the City of Krakow for Culture), Nicholas Payne (director of the Opera Europa international association) and Karolina Sofulak (director of Vanda, one of the operas slated to be presented during the festival).

This year, the Opera Rara banner brings together varied styles, which are connected by a common thought. The festival makes us wonder why we are so eager to build walls around ourselves, what are the consequences of this, and what to do to build bridges instead of them. Should we treat opera as a fortress, cut off from the rest of the world, where only the art of beautiful singing is cultivated?

Opera has always been able to react in a quick and robust manner by keeping a close eye on social moods and attitudes, commenting on reality, insulting kings, inspiring revolts, as well as taming dictators or making them furious. There is no reason why it shouldn’t tell us about the world here and now – either by referring directly to current events or by reflecting them in the mirror of the past.

One question remains – are we still ready to listen to what is has to say in the 21st century?